Have you noticed that the longer the two people in a functional, intentional relationship live together, the older they get, the more they exchange energy, the more they almost morph into each other and into the One. Remember the Energy Signature of a Relationship with a relationship being a separate ‘Being’ fed by both parties? On our Colourpuncture Q&A in October 2021 this topic had an interesting development which stemmed from one of the questions. The video below focuses on treatment options; the article is about relationships which stood the test of time.

Relationships which stood the test of time

Last couple of years there were a lot of questions in the Clinic and the Cafe Self about all aspects of Relationships. The questions especially focused on either a crisis or an end stage of relationships as several of our patients were going through ‘Tornado’ life phases which were either triggered by or influenced by existing relationships problems. In some cases these relationships ended in a mutually agreed separation; in some, the whole dynamic was intentionally changed. On our October 2021 Colourpuncture Q&A one of the question originally was on use of Esogetic Crystals for mental and emotional health – and we ended up talking about relationships…This time it was a different category of relationships – relationships which stood the test of time.

I happen to know/knew closely several couples in very long relationships. There are common denominators of such relationships and one of them is always a communication. Anther one is always a mutual and unconditional care about the other half. Typically, a very long term relationship tend to be peaceful at times; turbulent at times, but always full of rich history; unmistakably intense communication and exchange of views on a wide variety of subjects, from personal to philosophical; many activities taken together; just physical time spent tother; and an intention on practical nurturing of the Relationship. Which basically makes all of them, Intentional Relationships.

Questions to the Soul…

Back to our Colourpuncture Q&A, the question was:

Both the person who asked the question and me initially thought that these were going to be different treatments and so, different crystals.

Something prompted me to look a bit deeper – and I’m glad I did!

I asked the person to close their eyes, take a nice deep breath and focus first on a question about their partner. The other party was not present at the Q&A and a choice had to be made; so we operated on a principle of a creative interpretation of our opening idea: ’the longer people live together (in a functional and intentional relationship), the better they feel each other and each other’s needs’. This was certainly true about this particular couple and so I asked:

What a beautiful and surprising answer – we realised that they both needed to create a place of calm and peace which would help one part of a couple to calm down and another one to get energised! I worked with several couples in the Clinic before – when people aiming for intentional relationships would decide to experience the same advanced therapies to keep on the same wavelength – but I haven’t come across this type of situation – the Yin and Yang indeed – when very different people happen to need the same treatment to sort out seemingly very different things.

Here we touch upon various aspects of health which can affect our stress resources, anxiety, mood swings – from Kidney Bladder principle of Water Element (and so physical problems with these systems) to working on a level of unconsciousness with Crystal Activator – bringing forgotten things to the level of consciousness where they can be remembered, looked at, and acted upon. Treatments which can help – both parties! – include ‘Birth Rhythms’, ‘Mid-Centering’, ‘Four Temperaments’ and you can also simple put the Polarity crystals on Kidney Poles and Adrenal Zones.

Other options to cultivate Calm and Energy include:

Any questions please reach out using the form below I’d be happy to give my input based on my knowledge and experience.

Back to the video, here’s a transcript:

“The idea is to come to a place of calm and peace. And for one person this will be calming down; transition from too much work as a mean of self-expression, as a mean of making money but also as a mean of distracting yourself; to a place of being peaceful in the surroundings and within. And for another person to energise them; and let them explore; and move; and learn more and just enjoy life. There is a fantastic treatment with Element Crystals – Fire, Earth, Air and Water – which are in the same colours as (Colourpuncture) Soul Spirit colours. And the treatment is called ‘Birth Rhythms’. So it is a version of (Colorpuncture treatment) ‘Prenatals’ if you wish, but more directed on the birth process itself. And it’s not just for physical birth; obviously, this is to reframe a physical birth but it’s also about any transition situations. Obviously, those are topography for (Colourpuncture) Prenatals, from Metamorphic technique. So there are particular points on Prenatal Lines that you can put those crystals on. And it’s a different level: when you’re doing it for Colourpuncture, you’re working on a level of energy (Qi) and information and you’re moving energy (Qi) along the Meridians; with crystals you’re working (although you’re still on the Meridian Network), you’re tapping more into an informational level. It’s not only will help to reframe the birth situation but it will also help to take differently to approach differently all the situations of transitions – because if you think of a birth what is birth? Birth is a transition. And another treatment – with different set of crystals which are called ‘Polarity Crystals’ or ‘Yin and Yang’ crystals – and this is called ‘Mid-centering’ and this is quite simple: you put ‘Gold Crystal’ on three positions (three main positions) on the face. It really connects logical mind and emotional mind; Yin and Yang – and the effects are really really profound. If there are any Kidney imbalances, Kidney Bladder imbalances, then what you can do – you can try Polarity Crystals on ‘Kidney Poles’ or on Adrenals positions (Reflex Zones for Adrenals on the back). And this is fantastic; and then again if you go with the rule that the most sensitive side gets a Silver Crystal and less sensitive side gets a Gold Crystal. Another level would be to work with Crystal Activator. This is much more advanced: Crystal Activator works on a level of bringing unconscious issues more to the level of Consciousness; more to the level that we can see them, we can feel them, we can react to them, we can take action. Personally I would start with Polarity Crystals and Element Crystals and there are many treatments where you can do them together – and then at some point I would go for the Activator. Polarity Crystals: they sort out your energy on a level of Yin and Young – on the level of Qi itself. Element Crystals: they’re working on the level of elements in the body – on a level of physical organ systems. Activator Crystal works on a level of subconscious. So what we need to do first – first we need to make the body able to react; we need to make the body stronger; we need to address what is called a ‘Gross Dis-balance’. Remember this analogy – when you’re in a boat and the boat is a bit rusty and you would like to put some paint on it, but at the same time there is a big leak in the boat…What you do first? You fix the leak! So this is the same with addressing the Gross Dis-balance. If, for example, somebody has – together with all this anxiety; been uptight; and fight flight response – there a problem with urination, if there are any problems with Kidneys or Bladder then we need to start with physical Kidneys and Bladder. There is absolutely no point trying to ‘knock at the door’ of our subconscious to dig out more things to deal with when the body is already full of tasks, immediate physiological tasks. First we need to sort out this on a level of facetted crystals – either Polarity crystals or Four Element crystals or both. Also in these situations the treatment on the back called ‘Four Temperaments’ – when you put four crystals (‘Fire’, ‘Earth’, ‘Air’ and ‘Water’) on the back. And this is a really really great treatment for the back – as the back – but also if you remember back is the ‘Soul Axis’… From the Acupuncture point of view, this is Du Meridian; and also next to it is the Bladder Meridian so it’s really really important place to put crystals for the same problems if there are physiological counterparts.”

Both this article and the video has been updated. The article was originally published online on November the 4th, 2021. 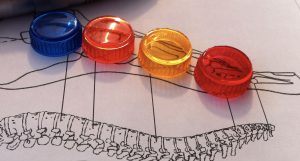 Letters to the Soul 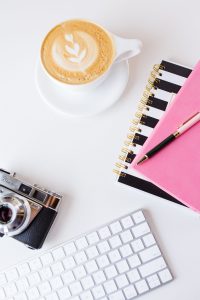