We may act decisively…but only in response to a situation which ‘happens to us’. Or we may feel like that we a hopeless victim when all our actions in a relation to a particular situation, area of life or a person (a ‘difficult’ family member in an entangled scenario, anyone???) seem to be met with a solid wall. In the first case, we ‘don’t see it coming’ – even when in the hindsight, we should’ve…In the second case we may just become humble enough and wise enough to surrender to forces well and truly outside of our immediate influence (such as in complex family dynamics which is a subject to Family Constellations work) and accept our limitations.

Research shows that people who habitually act – and talk about – from a ‘Protagonist’ position have much stronger mental health. This is a video from our series ‘Surviving Life’s ‘Tornado”.

Here is the video transcript:

“Another side here I want to address is language, the use of language. Now, you’re saying that “Something is pulling me down. I’m inside of a ‘tornado’ and something is pulling me down”. And I would questions the language! Because as soon as you’re saying “something is pulling me down” you’re going to uh assign far too much power to that something which might not even exist. But even if there is ‘something’ indeed – something metaphysical – which exists and something is pulling you down, by giving it that power through your language you are you’re giving it a lot of power and you’re giving yourself none. As soon as you change your language, as soon as you simply can say “There is a feeling of pulling down”, then you totally distance yourself from that imaginary or real or whatever power – let’s not get into this sort of big metaphysics here I don’t think it matters, because basically it’s where you place a ‘Point of Power’. If you place it in your own hands, like you have a feeling that there is some pulling down then you understand that basically you are as you are; you are in you know a really good and grounded and secure place, but there is some feeling, there is some feeling of pulling down; there is some sense that you feel like something is happening but you almost observe yourself from the side rather than “Oh my God, I’m inside of a ‘tornado’, something is pulling me down, and it’s the end of it and I cannot get out because it’s too dark, too strong” and so so on. Change the language! Start playing with how you can express the same thing in different words. Now, there was a research, and obviously research was much bigger, research was about the whole life experience and mental health but basically if you think about and this is an isolated situation you’re in; but if you think about it, basically our entire life consists of a series of little episodes and you are in one of those little episodes. And of course at the moment it seems huge. But basically…. five years on, 10 years on, 20 years on, 30 years on, 40 years on, 50 years on – for as long as you live, this will be just one little episode and you will see it as such very very soon. So there was this research on mental health which found that statistically people who described their life events – so for example there are two people who are describing very very similar life events, very similar thing happened to two different people; person one describes the situation from a ‘Protagonist’ point of view they describe it as if this is their life this is like a play on the stage and they are protagonist; and they describe the whole thing from this perspective; and then there is the person B or person number two who is basically describing the same situation from a position of a ‘Victim’, things “happen” to them. They (the research) found that people who describe themselves as a protagonist, who use a protagonist language describing their life events, have far more solid and sustainable mental health (and physical health as well but the research was about mental health) than people who described themselves as victims. So every time we are saying “Oh this is happening to me” we are putting ourselves in this position – and this is not good for mental health; this is not good for seeing your ‘escape route’; this is not good for taking action. This is not good because basically you wait for other people you wait for situations, you wait for life itself to present you with opportunities to resolve questions that you don’t want to resolve yourself. Person number one, the ‘protagonist’, obviously they go and make mistakes and then they take ownership of those mistakes but they are moving on and they have a feeling that actually, they are creating their life; they are creating their life responding proactively to the events which are presented to them, to the situations, to people and so so so on. I would think this is in this particular situation especially in a relationship situation when you feel you want to create a different type of relationship – because this is really what you’re after: you are after an experience of different type of relationship, conscious relationship, open communication and enlightened relationship if you wish and so so on so. If you are to experience all this, you need to start acting proactively in your language. And you know it seems like a minor thing but actually it is major because this is a narrative (with which) we are feeding ourselves on a daily basis. This is a narrative our Inner Self – which is always a child – is listening to, every single day. So change your language, try to come up with with different words for the same thing.”

During January 2022 I offer 1:1 personalised Cafe Self FREE mini consultations online – ask your Question to the Soul! 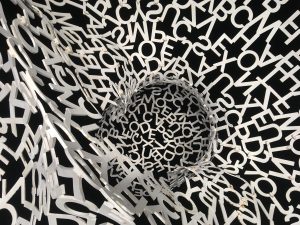